Closing the back way – Heritage management and migration in The Gambia 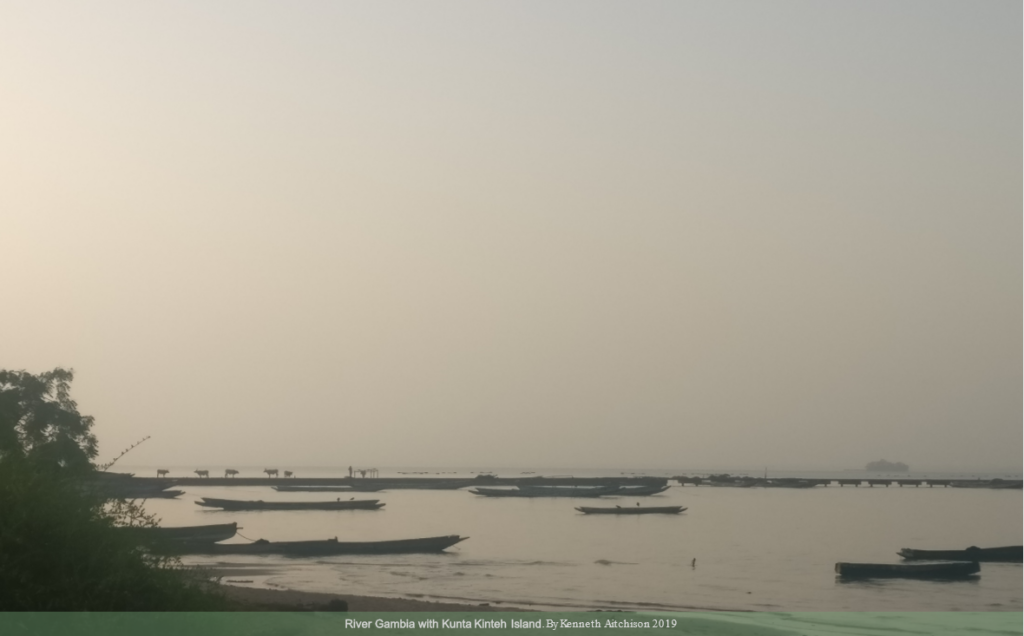 There are currently no professional archaeologists in The Gambia. By area, it is the smallest country in mainland Africa, less than 50km wide at its widest point and extending 320km from the Atlantic ocean along the River Gambia, and surrounded on three sides by Senegal.The country’s economy relies heavily on tourism, and most tourists travel to, and stay at, beachside hotels in the area of the capital, greater Banjul, with few exploring the country up-river. 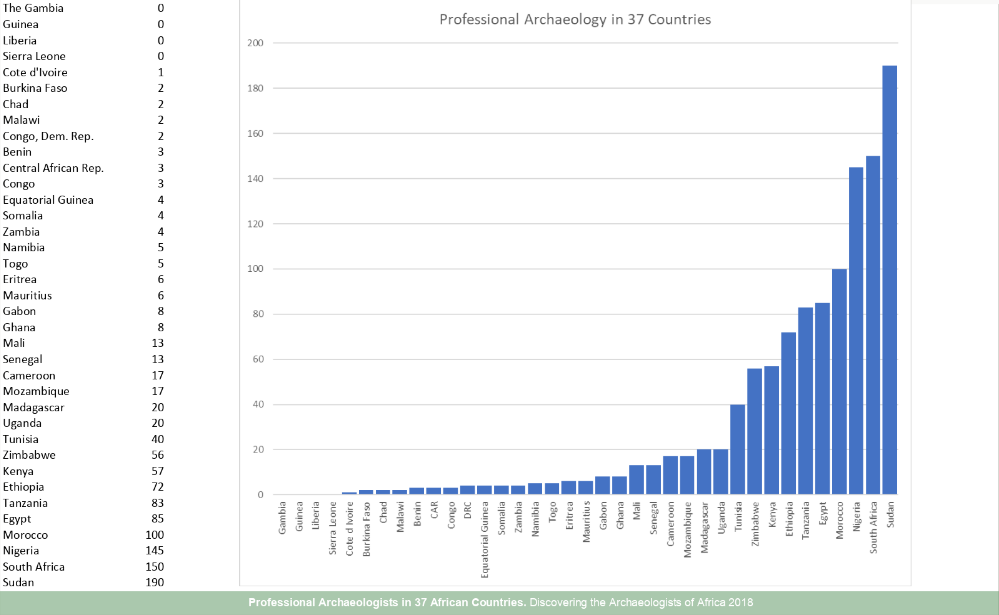 There are two World Heritage Sites in The Gambia; Kunta Kinteh island and related sites, whose significance derives from their role in the Atlantic slave trade (and its abolition), and the Stone Circles of Senegambia. For a time, there was significant heritage-focussed tourism in The Gambia relating to human enslavement – this followed the 1976 publication of Roots by Alex Haley; the protagonist of the book, Kunta Kinteh, was a young man in The Gambia when he was enslaved. In the 21st century, this has declined as a driver of tourism. Typically, heritage sites and attractions are run by local village development committees, and are not managed to maximise economic or social value. 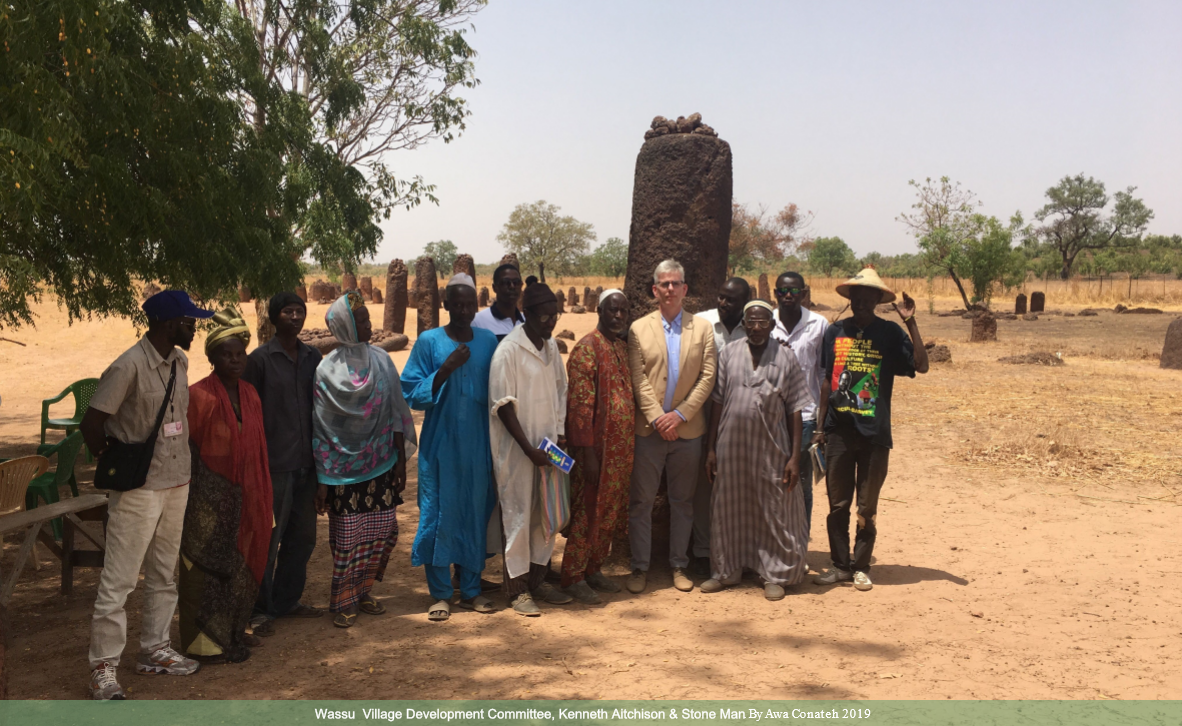 Basse Santa Su is the most easterly significant town (furthest up river) in The Gambia, a day’s drive from Banjul. Three bus companies in Basse Santa Su compete to sell tickets on international buses. The bus to Ouagadougou, in Burkina Faso, takes about four days, and costs 60,000 Dalasi (the equivalent of nearly £1,000). That is more than twice the average national salary. 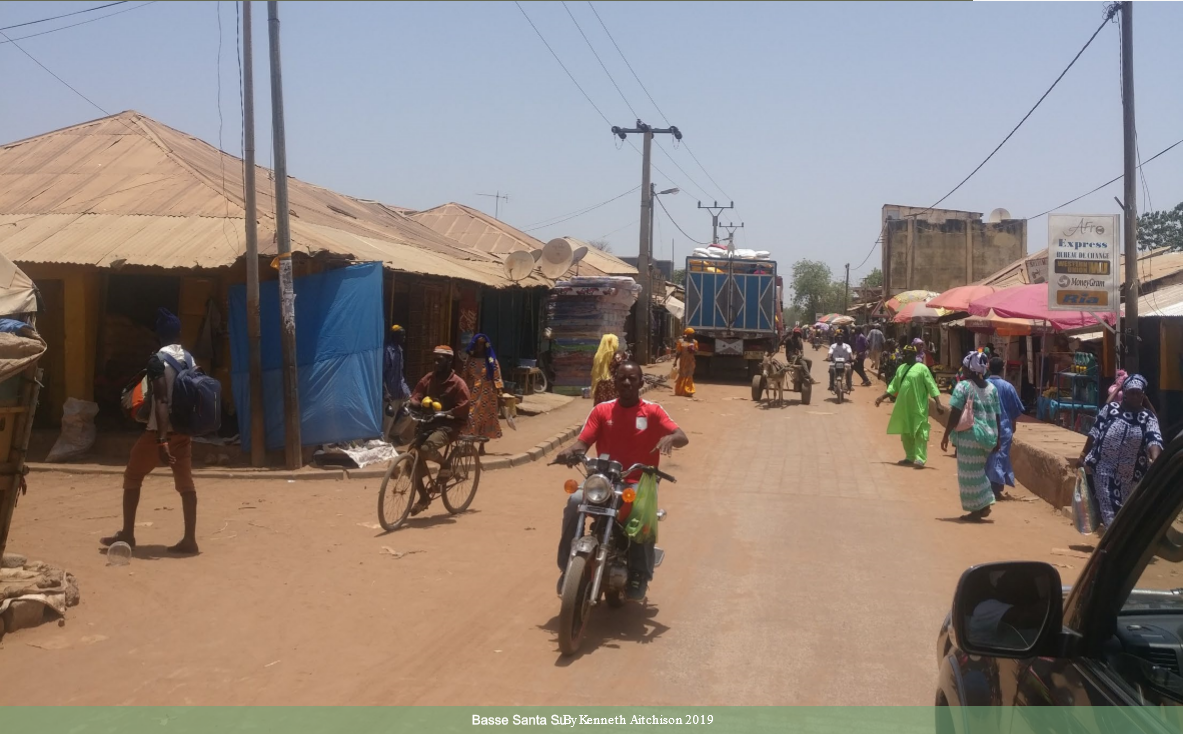 Heritage management in The Gambia is rarely delivered through an Authorised Heritage Discourse – it comes from many individual or group voices; Taka Tiki is a teller of stories, legends and tall tales in the town of Janjanbureh, while Jaliba Kuyateh is the world’s greatest kora player. Both can be considered to be griots, repositories of oral traditions and intangible heritage. 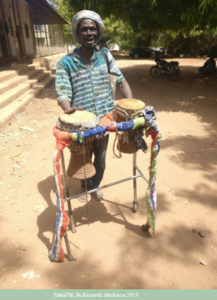 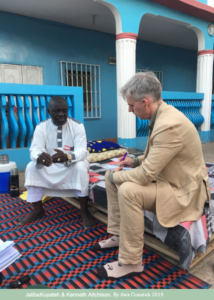 Before 2011, remittances from Gambians working in other countries – primarily young men working in the oil fields in Libya – were a significant component in the Gambian economy. But that was brought to an end by the 2011 Libyan civil war. Tourism remained a significant economic driver in The Gambia, but the 2014 Ebola outbreak in Guinea / Sierra Leone / Liberia affected Gambian tourism badly (despite there being no cases of Ebola in The Gambia, and the outbreak areas in Guinea being hundreds of kilometres away). 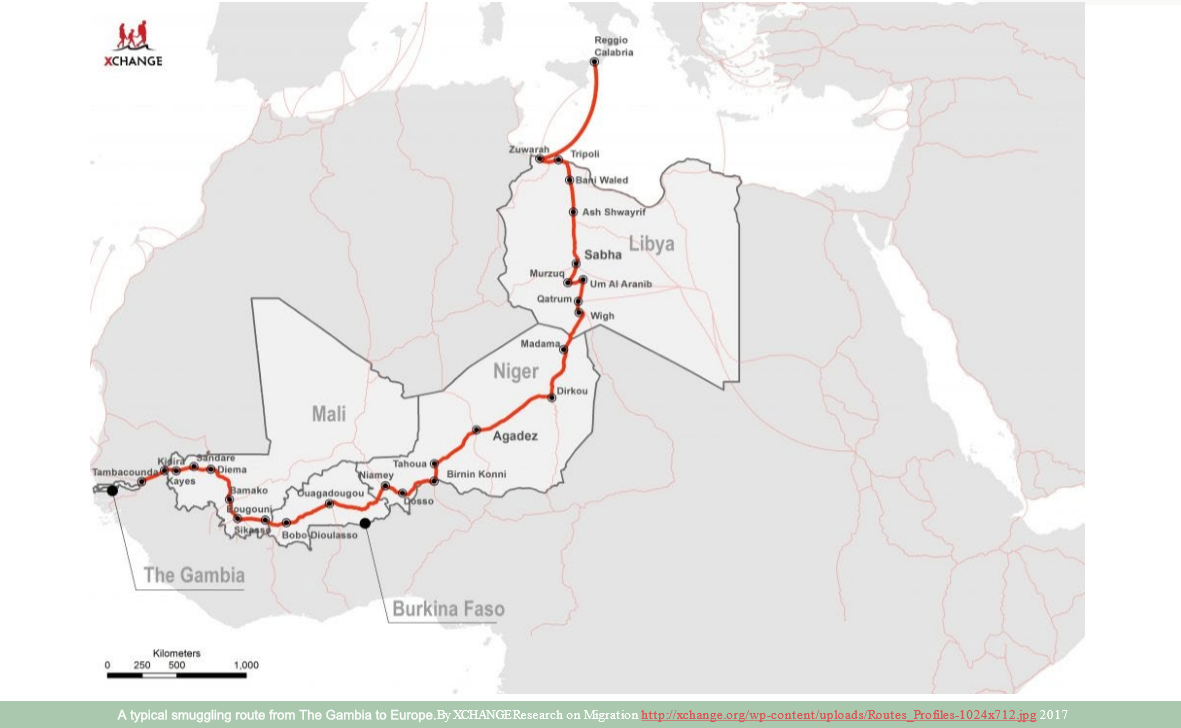 And so many people turned to the back way.  Some villages lost a third of their population (almost all young people, particularly but not exclusively young men). And a quarter of those trying to go the back way died.

The political context also has affected the economic decisions people have made. From independence, President Jawara led the country from 1970-1994. He was deposed in a bloodless coup by Colonel Jammeh 1994, who suspended or suppressed democratic institutions and then ruled as President Jammeh from 1996-2017. 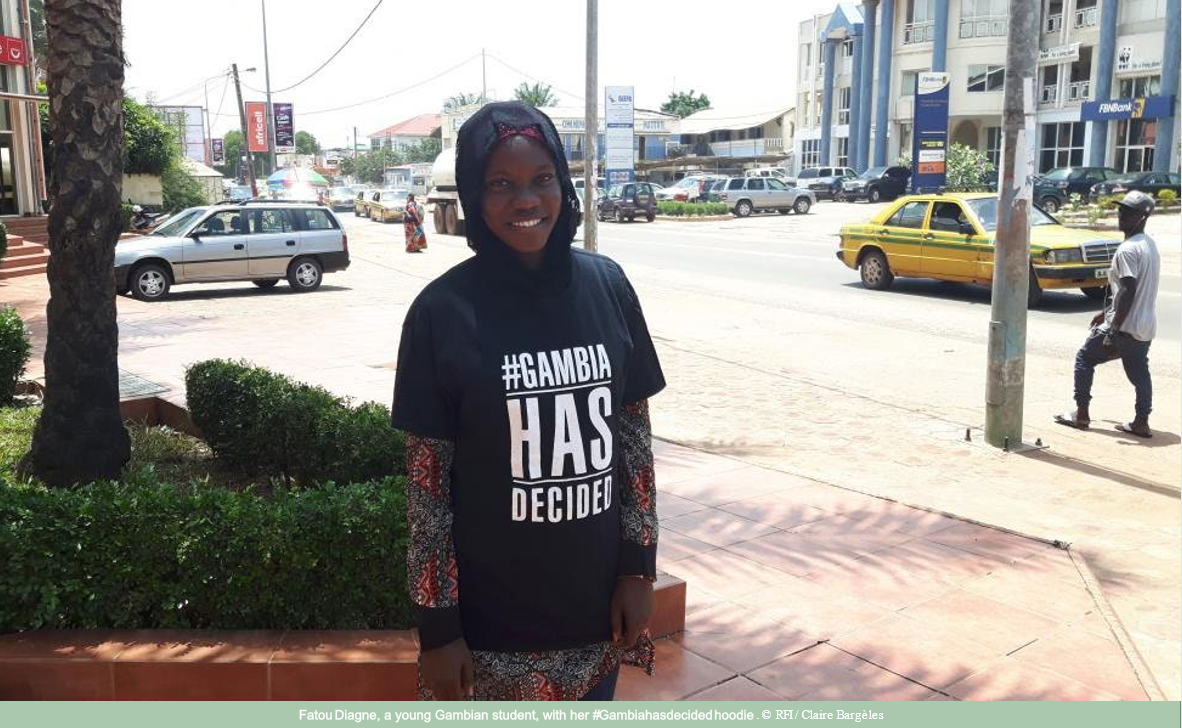 But presidential elections were still held – and Jammeh unexpectedly lost the election in 2016, and reluctantly left power (and the country) in 2017 – #Gambiahasdecided was the hashtag that commemorated the election of President Barrow.

With the return to democracy, the European Union is able to actively engage with the Gambian government, and to work with them to support to actively promote ways to create better economic opportunities, especially outside Greater Banjul (where there is tourism).

HERITΛGE, the Heritage Management Organization, Kent’s School of European Culture and Languages’ Impact Project, have been informed that will get funding from the European Commission’s EuropeAid Fund to carry out work in The Gambia. The European Commission’s funding will cover 75% of the project costs, with the expectation that this will then be able to leverage support from other sources. 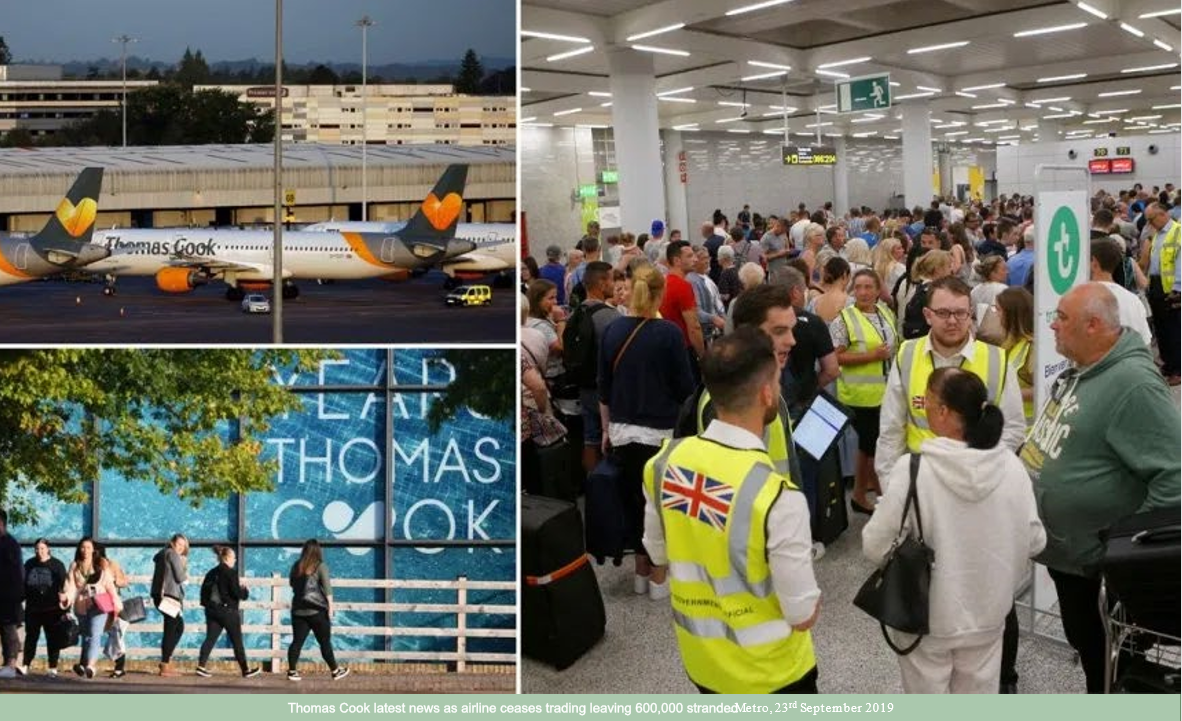 The project intends to develop the business skills of heritage and cultural managers working for civil society organisations in The Gambia, outside of the capital Banjul, to establish and support better heritage and cultural enterprises that result in greater community solidarity and by doing so reducing the number of people being lost to The Gambia through ‘irregular migration’.

The project will also deliver training in business & management skills for heritage and traditional cultural workers – in areas where there are distinctively Gambian traditions, such as weaving, leatherwork, music or even wrestling.

After the project proposal had been received by the European Commission, there was another blow to the Gambian economy. Thomas Cook had brought in 40-45% of tourists to The Gambia. With tourism contributes 20% of GDP, Thomas Cook therefore brought in 8-9% of GDP – and the company collapsed just at the end of the rains and the start of the tourist season.

The project is intended to be 75% supported by the European Commission, and it is hoped that this will be supplemented with GCRF funding, potentially supporting project-specific doctoral or post-doctoral positions at UKC.